Lorenzen, Coral & Jim
A husband & wife team from Arizona USA who wrote a number of classic UFO books and in 1952 founded the Aerial Phenomena Research Organization ( APRO ). Together they shared the opinion that UFOs are best explained by the extraterrestrial hypothesis ( ETH ). 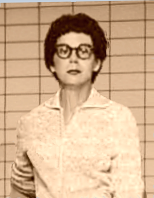 Coral Lorenzen graduated high school in 1941 and worked as a proofreader, newspaper writer & reporter. During the second world war she also worked as a lathe machinist, shipfitter and Project Mission Reporter at Hollowman AFB, New Mexico USA. Coral saw her first UFO at the age of nine; then another in Arizona during 1947, and another during 1952 that was also seen by over 300 other people over the Door Peninsula in Wisconsin USA. 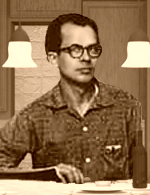 Jim Lorenzen was an electronics technician by trade. Between 1942 and 1945 he was a radio operator with the US Army Air Corps. Between 1945 and 1951 he played as a professional musician. From 1951 to 1954 he worked as an engineer at a radio station. Then from 1954 to 1960 he worked at as an electronics tech at Holloman AFB. His awards include an Air Medal with Cluster, Distinguished Flying Cross with Cluster and a Presidential Citation. From 1960 to 1967 Jim worked at Kitt Peak National Observatory as a technical associate. After that he was owner of Lorenzen Music Enterprises In Tuscon Arizona.