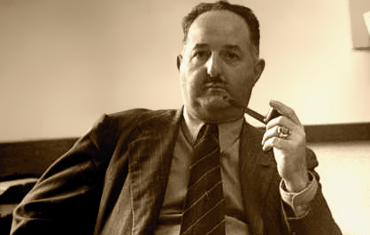 The Robertson Panel was a group of so-called experts secretly convened under the direction of the CIA during January 1953. Their purpose was to evaluate the UFO phenomenon and determine if UFOs represent a threat to national security.

Facing the panel were USAF representatives including Edward J. Ruppelt, three CIA representatives, two Photo Interpretation Laboratory representatives and William Garland, commanding General of ATIC. Despite their efforts to convince the panel otherwise, the panel concluded that UFOs in and of themselves do not represent a direct physical threat to national security, but that continued public attention and reporting of the phenomenon during "perilous times" was a threat to the effective operation of national security and defense establishments.

The perilous times referred to above was the tense socio-political climate known as the Cold War which involved political conflict, military tension, and economic competition after World War II between the USSR, its satellite states, and the powers of the Western world, including the United States. Another influence at the time of the Robertson Panel hearings was the Korean War, which had been going on since 1950. These factors were used as an excuse to deem public attention on UFOs as inappropriate, and several recommendations were made to reduce it. Neither Ruppelt nor Hynek agreed with the recommendations and felt that the study seriously lacked meaningful depth of investigation.

Of particular interest is the panel's debunking strategy. It was suggested that case studies should be presented for the purpose of baiting viewers with an interesting UFO story only to deflate them by revealing a mundane explanation. Radio, television and film studios, among them the Disney Corporation, were suggested as a means to implement this strategy. Additionally, no unexplained cases were to be used in the debunking program, particularly those that suggested any element of hostility by the UFOs.

The USAF was also ordered not to voluntarily disclose sighting reports and to debunk those in the public domain by discrediting witnesses, including USAF pilots if necessary. Edward J. Ruppelt took great exception to this policy, and was soon replaced as head of Project Blue Book. It is not certain whether or not he resigned or was re-assigned.

Eventually the Robertson Panel report was declassified and during December of 1974 was released to the public. Ufologists point out that if the debunking recommendations had been objective, they would not have been designed to downplay the significance of UFOs or require that all sightings be explained regardless of their apparent nature. It was also discovered that the best UFO reports were screened out by the panel so that no favorable conclusion for further investigation could have been reached. Lastly, the duration of the evaluation was insufficient for a serious inquiry. These factors have led many ufologists to believe that the outcome of the evaluation was a foregone conclusion and that the undertaking was purely a formality in order to give it a facade of credibility.